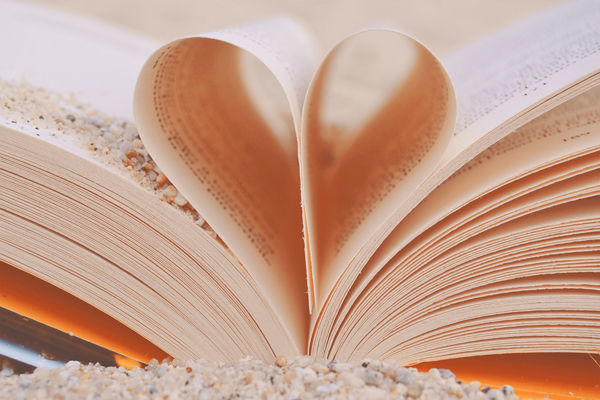 Petey hadn’t really believed that Dad would be doing It — sending Granddad away. “Away” was what they were calling it.Not until now could he believe it of his father.

But here was the blanket that Dad had bought for Granddad, and in the morning he’d be going away. This was the last evening they’d be having together. Dad was off seeing that girl he was to marry. He would not be back till late, so Petey and Granddad could sit up and talk.

It was a fine September night, with a silver moon riding high. They washed up the supper dishes and then took their chairs out onto the porch. “I’ll get my fiddle,” said the old man, “and play you some of the old tunes.”

But instead of the fiddle he brought out the blanket. It was a big double blanket, red with black stripes.

“Now, isn’t that a fine blanket!” said the old man, smoothing it over his knees. “And isn’t your father a kind man to be giving the old fellow a blanket like that to go away with? It cost something, it did—look at the wool of it! There’ll be few blankets there the equal of this one!”

It was like Granddad to be saying that. He was trying to make it easier. He had pretended all along that he wanted to go away to the great brick building—the government place. There he’d be with so many other old fellows, having the best of everything. . . . But Petey hadn’t believed Dad would really do it, not until this night when he brought home the blanket.

“Oh, yes, it’s a fine blanket,” said Petey. He got up and went into the house. He wasn’t the kind to cry and, besides, he was too old for that. He’d just gone in to fetch Granddad’s fiddle.

The blanket slid to the floor as the old man took the fiddle and stood up. He tuned up for a minute, and then said, “This is one you’ll like to remember.”

Petey sat and looked out over the gully. Dad would marry that girl. Yes, that girl who had kissed Petey and fussed over him, saying she’d try to be a good mother to him, and all. . . .

The tune stopped suddenly. Granddad said, “It’s a fine girl your father’s going to marry. He’ll be feeling young again with a pretty wife like that. And what would an old fellow like me be doing around their house, getting in the way? An old nuisance, what with my talks of aches and pains. It’s best that I go away, like I’m doing. One more tune or two, and then we’ll be going to sleep. I’ll pack up my blanket in the morning.”

They didn’t hear the two people coming down the path. Dad had one arm around the girl, whose bright face was like a doll’s. But they heard her when she laughed, right close by the porch. Dad didn’t say anything, but the girl came forward and spoke to Granddad prettily: “I won’t be here when you leave in the morning, so I came over to say good-bye.”

“It’s kind of you,” said Granddad, with his eyes cast down. Then, seeing the blanket at his feet, he stooped to pick it up. “And will you look at this,” he said. “The fine blanket my son has given me to go away with.”

“Yes,” she said. “It’s a fine blanket.” She felt the wool and repeated in surprise, “A fine blanket—I’ll say it is!” She turned to Dad and said to him coldly, “That blanket really cost something.”

“Yes,” said Granddad, “it’s double—a fine blanket for an old fellow to be going away with.”

17 The boy went suddenly into the house. He was looking for something. He could hear that girl scolding Dad. She realized how much of Dad’s money—her money, really—had gone for the blanket. Dad became angry in his slow way. And now she was suddenly going away in a huff. . . .

As Petey came out, she turned and called back, “All the same, he doesn’t need a double blanket!” And she ran off up the path.

Dad was looking after her as if he wasn’t sure what he ought to do.

Both of them stared at the boy, startled. “Cut it in two, I tell you, Dad!” he cried out. “And keep the other half.”

“That’s not a bad idea,” said Granddad gently. “I don’t need so much of a blanket.”

“Yes,” the boy said harshly, “a single blanket’s enough for an old man when he’s sent away. We’ll save the other half, Dad. It’ll come in handy later.”

“Now what do you mean by that?” asked Dad.

There was a silence. Then Dad went over to Granddad and stood before him, not speaking. But Granddad understood. He put out a hand and laid it on Dad’s shoulder. And he heard Granddad whisper, “It’s all right, son. I knew you didn’t mean it. . . .” And then Petey cried.

But it didn’t matter—because they were all crying together.